Highlights from “Songs Centered Around or Referencing Suicide, Vol. 2” features music courtesy of Badflower, Billie Eilish, Clairo, Lost in the Trees, and XXXTentacion.

Suicide. It’s one of those words that carries so much depression, devastation, and pain. It’s one of the loneliest, bothersome, and saddest ways to die.  The original playlist, Songs Centered Around or Referencing Suicide, Vol. 1 (published in 2018) came about following the insensitive video recorded in Aokigahara and the fallout from the insensitive, inappropriate video by YouTuber Logan Paul.  It’s quite sad that some people go to a place like Aokigahara to ‘end it all.’ 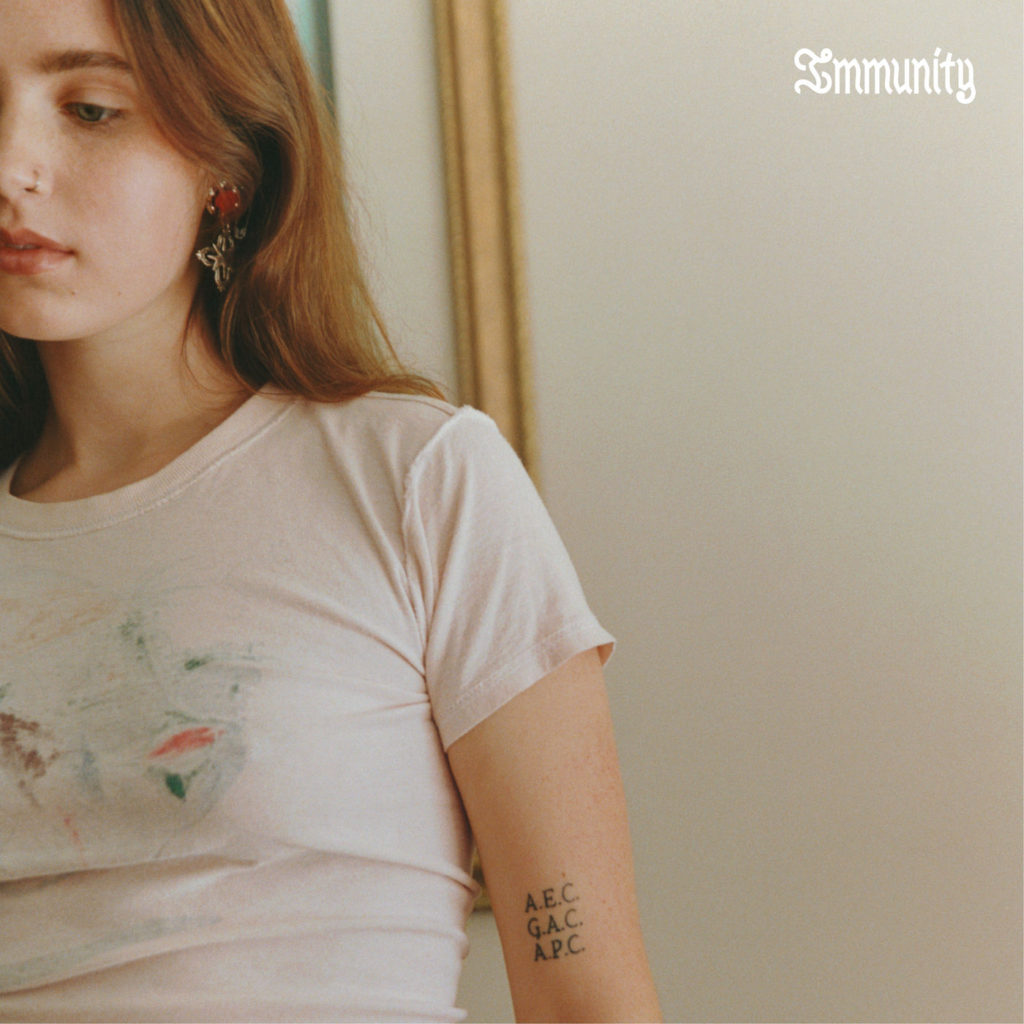 Clairo commences her debut album, Immunity with sad subject matter.  On the standout, “Alewife,” she sings in an undertone.  “Alewife” isn’t a common title for a song, and honestly, many may wonder what an alewife is or what Alewife is – is it a proper noun? Well, in this case, the alt-pop singer isn’t referencing the fish, but rather, a transit station in her native Massachusetts: “In Massachusetts / Only 30 minutes from Alewife / I lay in my room / Wonderin’ why I’ve got this life.”

Beyond mentioning Alewife, the big takeaway from the aforementioned lyrical excerpt, as well as the song itself are the numerous references made to suicide.  Clairo is thankful to a friend who ‘saved her.’ “But you know you saved me from doin’ / Something to myself that night,” she sings on the first verse.  On the second, she sings, “Swear I could’ve done it / If you weren’t there when I hit the floor.” 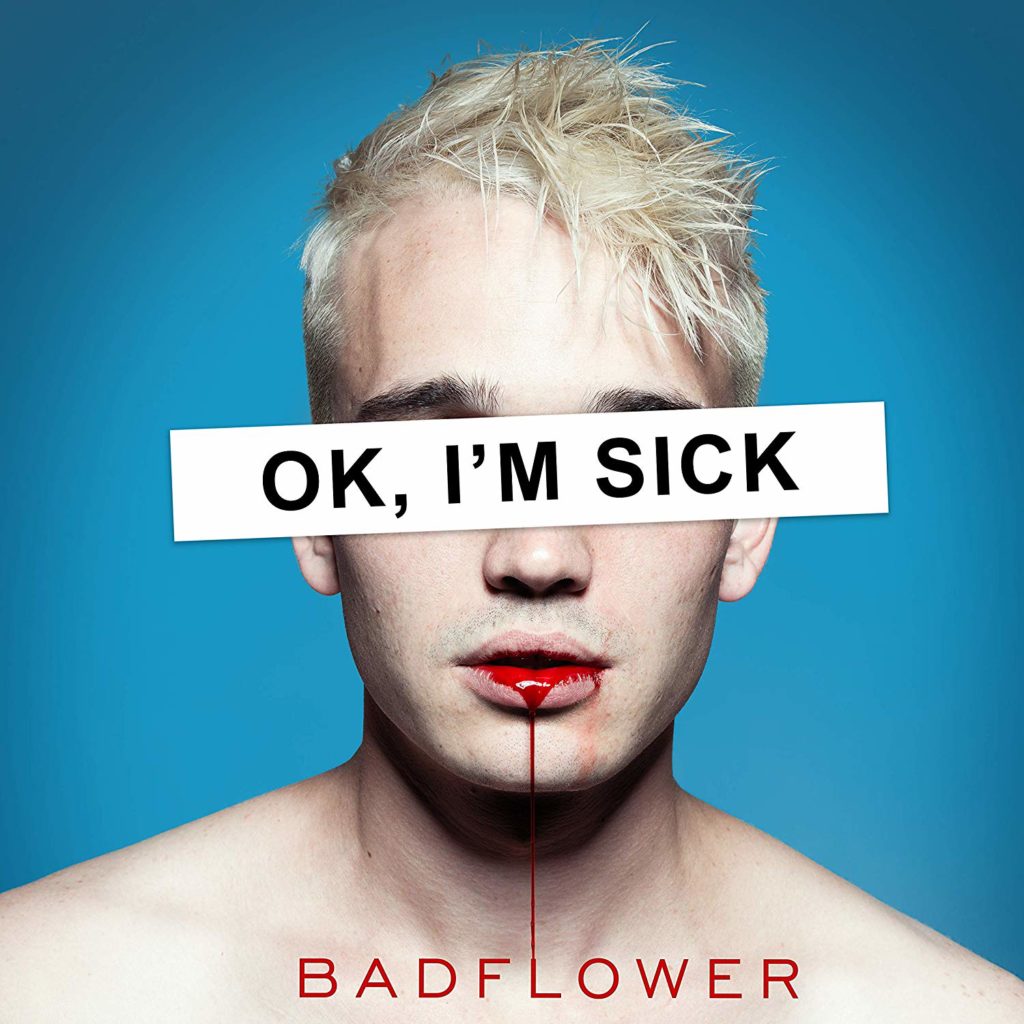 “I tried it once before I didn’t get too far / I felt a lot of pain, but it didn’t stop my heart / And all I really wanted was someone to give a little fuck / But I waited there forever, and nobody even looked up.”  On “Ghost”, the third track from OK, I’M SICK, alternative band Badflower depicts the morbid topic that’s the center of this playlist, suicide.  For the majority of the record, the protagonist is unable to complete the suicide, despite multiple attempts.  The depressed lyrics are clearly jarring.

Frontman Josh Katz continues to discuss suicide on the second verse, which is half the length of the first.  On the chorus, he’s dramatic about how suicide “won’t end the pain.” Despite seeming to avoid completion for the majority of the song, at the end, he’s successful, admitting:

In addition to distinct, emotional lyrics and subject matter, the sound of the record is awesome, featuring a dark, angst-laden backdrop, led by the guitars.

3. Billie Eilish, “Listen Before I Go” 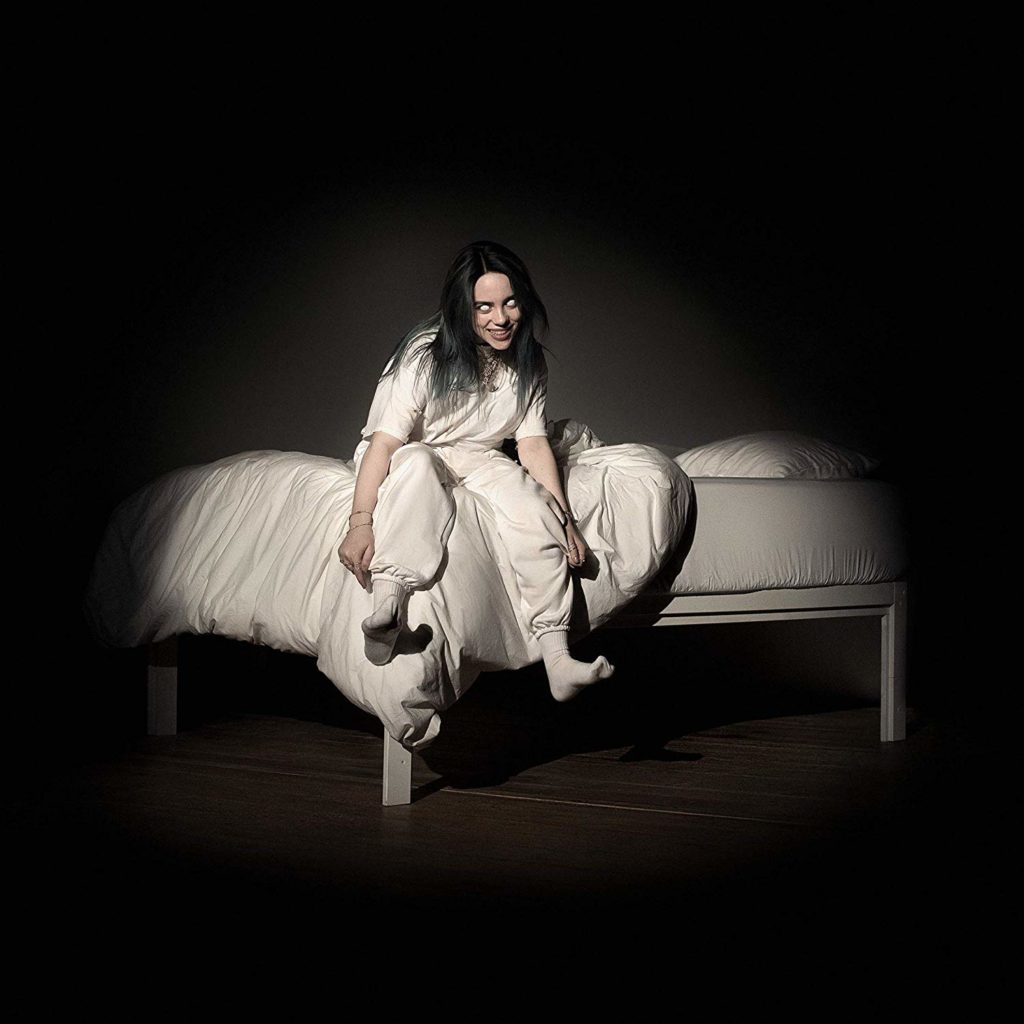 “Take me to the rooftop / I wanna see the world when I stop breathing.” Hmm, well that’s incredibly morbid. Some background first! After a slow, but steady ascent, including an EP and numerous singles, 17-year old alt-pop singer/songwriter Billie Eilish finally released her major-label debut album, When We All Fall Asleep, Where Do We Go?, in March 2019.

“Listen Before I Go,” the 12th track from When We All Fall Asleep, Where Do We Go?, is lethargic-paced and heavy to the nth degree.  How is it heavy exactly? Well, it references suicide… ouch. “Sorry can’t save me now,” Eilish sings on the chorus, later adding, “Sorry there’s no way out / But down.” What is fueling the suicidal thoughts that cross the protagonist’s mind? Depression, it seems. What isn’t sad is the top-notch quality of this dark standout from an equally brilliant debut album. “Listen Before I Go” previously appeared on 11 Awesome Songs that Tickled My Fancy in March 2019 as well as 11 Songs Where the ‘Before’ is Key.

“I’m in pain, wanna put ten shots in my brain / I’ve been trippin’ ‘bout some things, can’t change / Suicidal, same time I’m time…” “Jocelyn Flores” marked one of the most notable songs from the late XXXTentacion (Jahseh Onfroy, 1998 – 2018). Appearing as the second track on his 11-track, 22-minute project 17, “Jocelyn Flores” references suicide throughout the course of the two-minute selection.  Jocelyn Flores, an acquaintance of the rapper, was depressed and committed suicide, deeply affecting him.

On the sole verse, beginning with the aforementioned lyrics, XXXTentacion keeps it real regarding his own suicidal thoughts, and how Flores’ suicide bothered him.

Besides the Flores’ suicide, XXX’s own depression, and his many troubles, the rapper also references his uncle’s suicide (“Memories surface through the grapevine / ‘Bout my uncle playin’ with a slip knot…”).  Worth noting, XXXTentacion also references suicide on his 2018 song, “SAD!” from ? : 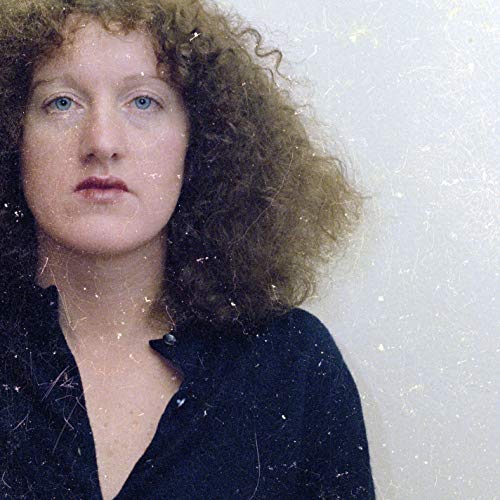 “Don’t you ever dare think she was weak-hearted/ She led me to the woods where our church was started/ Like a ribbon of silver/ I put her body in the river…” On “Icy River” (A Church That Fits Our Needs), Ari Picker, frontman of alternative collective Lost in the Trees, does his best to honor his late mother, who sadly ended her own life.  Not only does “Icy River” deal with the unfortunate event, so does the entire album, with the cover art featuring a picture of Picker’s mom.

Of A Church That Fits Our Needs, Bob Boilen of NPR writes:

[A Church That Fits Our Needs] celebrates the life of songwriter Ari Picker’s mother. And, though it tells an intensely sad tale of a life that included the death at birth of her twin daughters, depression, cancer and her suicide shortly after she left her son’s wedding, Ari Picker still finds a way to embrace her sad yet creative life.

“Icy River” is by far the most ‘artsy’ cut on Songs Centered Around or Referencing Suicide, Vol. 2. The record begins with sound effects (birds and nature).  Added is mysterious-sounding piano, along with quasi-operatic female vocals.  Even more impressive is the orchestration with strings, in addition to the use of acoustic guitar.  Of course, Picker sounds beautiful, delivering touching songwriting from the jump:

He details committing his mother’s body to the river in dramatic and poetic fashion. It is chilling and sad, yet absolutely beautiful.

Again, you can check out the full, 11-song playlist, only at The Musical Hype: Songs Centered Around or Referencing Suicide, Vol. 2.