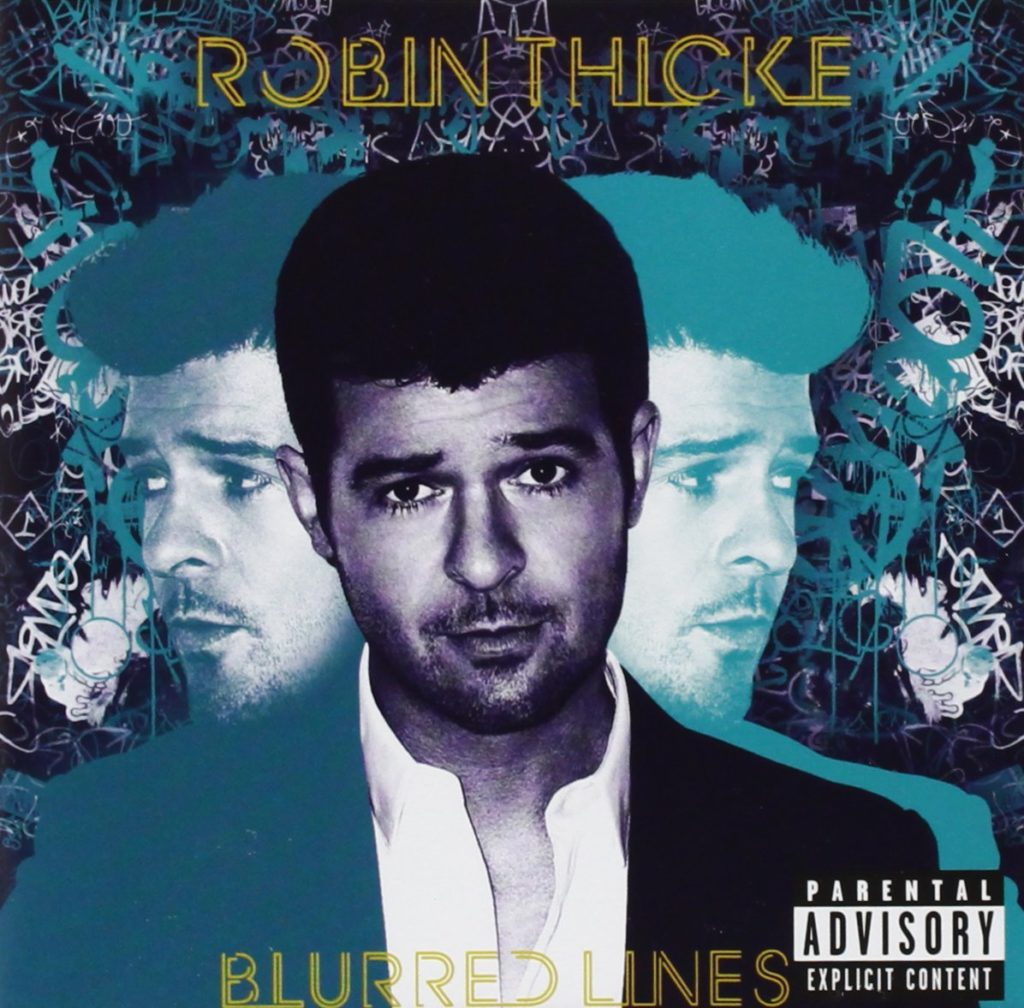 R&B/Blue-eye soul standout Robin Thicke Delivers an enjoyable set of pop-soul cuts on ‘Blurred Lines,’ which is no “one trick pony.”

Ubiquitous summer hit “Blurred Lines” rewrote the script for what could’ve been a horrid narrative for blue-eyed soul singer/songwriter Robin Thicke.  The suave, falsetto-loving dude had a flop on his hands with Love After War (2011).  I was onboard for some of it, but unfortunately, that just didn’t cut it for ole boy.  However in 2013, the year of the underdog, “Blurred Lines” made Robin Thicke the ‘R&B singer that could,’ and he does on his sixth album, Blurred Lines.  Delivering a enjoyable set of pop-soul cuts,  Blurred Lines is no ‘one trick pony’.  There are many tricks with the majority of those tricks being pretty awesome.

“Blurred Lines” is as good within the context of the album as it was when Thicke shocked the world with his NSFW video, prancing around with nude girls.  It’s pretty freaking infectious, despite the critical divisiveness it has incited.  It’s that gimmicky, novelty cut you should write off, but it’s really too good to do so.

Hmm, let me catch myself before it gets stuck in my head for the umpteenth time.  Pharrell assists vocally while T.I. raps as well, but does it matter and do we care? Robin’s the star baby, and according to the unrated version of the video, he has a big…

“Take It Easy On Me” has to follow a juggernaut and that’s no simple task.  Thankfully, it doesn’t slack, placing Thicke against a danceable, modern-pop cut that’s also soulful enough not to offend the “Lost Without U” crowd.  He is definitely infatuated though as he sings “I’m fascinated by your stare / I’ll rip through all your fancy clothes / I wanna shop for your underwear /I wanna do it all so cold…” as well as “Baby I get that you’re one badass chick / But I’m that guy…” He’s trying hard, really hard.  He keeps dancing, but also manages to be chill on “Ooo La La.”  We all know he has one of the smoothest, sensual falsettos out there, but it’s nice on this particular cut to hear that mid-/lower-register shine on the ad libs.  Yeah he croons, but he also shows he can roar when he wants to. Roar on brother, roar on.

“Ain’t No Hat 4 That” is brief and a bit tongue-in-cheek, but Thicke eats cuts like that up. It’s no “Blurred Lines,” but it has the same sort of modern, yet throwback flare.  “Get In My Way” continues on stunningly, noted for its fine production work and Thicke’s clear, relaxed pipes.  “Come on let’s go ain’t nobody gonna get in my way / I’m gonna make it, no matter what you say / I’m flying by you, better stay on your lane…ain’t nobody gonna get in my way.” OK Robin, we got you!

Template for making a hit with credibility? Add darling Compton rapper Kendrick Lamar.  Sure enough, the results are swell on “Give It 2 U,” a song I was initially like uh… Hearing it once more, specifically contextually within the album, I’m on board, for the most part.  I mean it’s shallow adulation (“Hey girl / You know you’re lookin’ so damn fine / You’re lookin like you fell from the sky / You know you make a grown man cry”) as it leads to “I wanna give it to you, through the night / And make everything you fantasize come true, ooh baby.”  Thicke is looking for a hookup more than anything else, but who am I to judge?

Follow-up “Feel Good” most definitely does so – good enough that “I’ll give all my loving to you.” Ha! A cool feature? Thicke’s inquisitive lyrical approach on the verses, such as “If I gave you all my loving would you give it back?” Pop-soul dance cuts seem to fit him well.

“Go Stupid 4 U” epitomizes its silly title.  Basically, Thicke is digging so hard on this chick that she “Give a boy a heart attack call the ambulance…”  Mr. Suave is not so slick on his wordplay through lyrics “Girl I wrote a song about you / Designed a little part that reminds me of your ass,” where the physical seems to outweigh anything more.  Thankfully, he gets it together on the lovely “For The Rest of My Life,” which is classic, neo-soul/blue-eyed soul at its best.

More gentlemanlike than a line about the derriere, right? Penultimate cut “Top of the World” is ‘feel-good,’ though doesn’t quite match the elite cuts.  “The Good Life” closes with some old-school charm, but would’ve benefited for a wee bit more development.  Thicke do sang tho’ – mad ad libs bro! LOL.

Ultimately, Blurred Lines is a welcome addition to the R&B or pop collection.  Thicke straddles both genres and comes out on top.  Vocally he sounds incredibly polished and even manages to let loose. Sure,  he ‘goes stupid’ every now and again, but don’t all guys go stupid for girls? #Rhetorical! Blue-eyed soul is having a monster 2013.