Sometimes as reviewers when we analyze a particular album, we come to the conclusion that given the niche that the prescribed act/artist is intrenched in and given satisfactory material attuned for that niche, the respective artist has delivered a credible album. Being unbiased and remaining objective enough for the most part is the role of a good reviewer.  That said, infusing our own subjections into a review is what makes each and every viewer unique.

I promise I’m not being unnecessarily wordy, I’m just prefacing the bombshell I am about to drop in relation to tweens’s favorite boy band One Direction.  As much as I would love to say that the Brit-Irish Boy band’s second album is terrible, it’s NOT.  If anything it is at least consistent with their debut album Up All Night though I personally believe the November 13 released Take Me Home is a better, more well-rounded affair.

Sometimes, the mark of a solid or above average album is when the catchy first single isn’t necessarily the best song. Take Me Home confirms this.  “Live While We’re Young” does well for itself obviously, but there are better songs on this sophomore album that do show growth.  That isn’t to say that the band has huge personalities (they don’t), but there is more notable distinction of each member’s voice this time around.  Still, if you haven’t followed them enough or studied them sufficiently, the argument that there is little distinction does hold.  I’m not asserting that Take Me Home is by any mean’s the year’s best album, but it more than satisfies the tenets of its niche.

Each member of One Direction has a slightly unique voice from the other, even if sometimes it is a bit harder to decipher.  This album, it seems like both Niall and Louis receive more solos than they did last time from my estimations.

Harry Styles: distinct in the sense he has a ‘grit’ somewhat gruff nuance within his voice; tends to project better than Louis or Niall.

Liam Payne: Usually is the member singing the lower solo parts. He does sing in falsetto at some points.  He is very distinct as the lower voice who solos at the very beginning of “Live While We’re Young.”

Zayn Malik: Possesses the most pop/R&B suited voice.  He often handles the runs and soulful ad libs. He projects extremely well and has a power tenor. He sings higher than Harry and Liam, but not as high as Louis.

Louis Tomlinson: Has the highest tenor of the band. It is understandable why he received less attention the first go around because his voice is pure, but somewhat thin and requires a specific part. He does have a solid voice and it adds a nice contrast to Harry’s nuance and Liam’s lower register.

Niall Horan: sounds stronger on this album and receives more attention. He may have the most indistinct voice of the group. He’s not really flashy  and doesn’t possess Louis’s piercing tenor or Zayn‘s ad libs. He holds his own as the only Irish member, I suppose.

Take Me Home: The Selections

The ubiquitous promo single “Live While We’re Young” smartly kicks off Take Me Home. The cut, produced by Rami Yacoub and Carl Falk is not a ‘rewrite’ of “What Makes You Beautiful,” but does aim for the same, optimistic sound. Liam opens up the first verse with his distinct lower register (“Hey girl I’m waitin’ on ya, I’m waitin’ on ya…”) before Zayn takes over the pre-chorus (“Yeah we’ll doing whate we do/just pretending that we’re cool…”). The chorus is bubblegum pop at both its corniest and best: “Let’s go crazy, crazy, crazy ’til we see the sun…tonight let’s get some, and live while we’re young!”

As expected, Louis and Niall have the most limited parts, a characteristic that plagued them both on Up All Night (Louis’s solo consist of a boyish bridge solo “I want to live while we’re young…”) Overall YES it is schmaltzy, but depending how you read into the line “tonight let’s get some…,” well maybe the Brit-Irish boys have more swagger than we give them credit for (probably not though).

“Kiss You” proves to be a better song than the promo single.  Uptempo and characterized in quick-paced vocals in the pop/rock idiom, “Kiss You”  provides One Direction with a different sound than some of their previous cuts.  The falsetto and bright pop-driven nature of the chorus are the highlights for sure. “So tell me girl if every time we touch/you get this kind of rush/baby say yeah yeah yeah…,” the boys sing enthusiastically on the catchy chorus.  Sure the added “na na na na…” may amp up the ‘corny’ factor, but you’ll find yourself singing “Kiss You” to yourself for days to come.

“Little Things” showcases a mark of maturity from the boy band. If “More Than This” was the pop ballad from Up All Night, the band takes a slightly different, singer/songwriter influenced direction this go ’round.  “Little Things” is a song penned by Ed Sheeran and Fiona Bevan. Several members of the band have stated they are fans of singer-songwriter Ed Sheeran, so it is not a shock that he pens two songs on their sophomore effort. The songwriting is by all means thoughtful and suits the band well, particularly the chorus:“I won’t let these little things/slip out of my mouth/but if I do/it’s you, it’s you they add up to/I’m in love with you/and all these little things…” The cut avoids drums with accompaniment driven by acoustic guitars.  Every member gets their ‘say’ on this cut, which is a nice touch for sure.  Zayn and Liam split the first verse and the initial iteration of the chorus; Louis and Harry split the second verse with Harry and Niall singing the second iteration of the chorus. Niall also gets his own moment by handling the bridge. The vocal production on this particular cut is well executed by all means. If there is any quibble, it is the cut may be ever so sleepy.

“C’mon, C’mon” speeds the tempo back up and sports an 80’s influenced pop/rock sound on the chorus.  “Yeah I’ve been watching you all night/there’s something in your eyes/saying c’mon, c’mon/and dance with me baby…” the boys sing on the anthemic chorus.  While “C’mon, C’mon” doesn’t quite sport the magic of “Kiss You,” it does well for itself.  There is no real complaints. Teen-/Boy band pop at it’s poppiest. 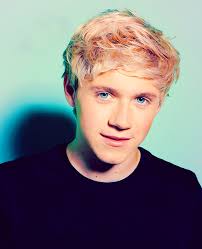 “Last First Kiss” is better than “C’mon, C’mon” slowing the tempo down to more of a mid-tempo groove.  The band never trades its guitars in favor of synths, which is something that bodes well, particularly on a cut like this. Overall, the production work is solid, particularly the attention to the sound of the drums and of course the guitars.  Liam opens the cut while Harry contrasts him with his grittier, gruffer voice on the pre-chorus.  The chorus is as gargantuan as expected: “I wanna be last, yeah/baby let me be oh let me be your last first kiss…” Niall and Louis split the second verse, while Liam handles the bridge. “Last First Kiss” proves to be one of the strongest showings.

“Heart Attack” combines the songwriting/production talents of some of pop’s most notable hit makers – Shellback, Savan Kotecha, Rami Yaboub, Carl Falk, and Kristian Lundlin.  “Heart Attack” sports a sound funky-pop groove, which plays to the band’s sensibilities. Gimmicky enough without over doing it, “Heart Attack” yields another solid cut that appeals to the teenage sensibility, but won’t alienate too many older fans. Schmaltzy and perhaps melodramatic (a ‘heart attack’ over love? c’mon guys), the groove is enough to make you at least think about patting your foot or nodding your head.

Dr. Luke, KoOoLkOjAk, and Cirkut get in on the production action on the enjoyable “Rock Me.” Guitars continue to thrive on this teen take on Queen‘s “We Will Rock You.” Don’t think that the production team weren’t trying to rival the classic rock cut and attune it to the teen-twenty-something pop band.  It works.  Some highlights include the chorus, particular the melodic patter as the band sings “…I want you to hit the pedal heavy metal, show me you care…” Additionally Louis is given a solid vocal solo on the second half of the verses (“I used to think that I was better alone/why did I ever wanna let you go…”). The rub? Well even thought the chorus in particular is well produced and executed, perhaps the boys indulge a bit much – aka it is a bit repetitive.

“Change My Mind” finds Louis initiating the vocals (“The end of the night/we should say goodbye…) with Zayn carrying the second half of the verse. Liam carries the initial chorus in falsetto: “But baby if you say you want me to stay/I’ll change my mind…” Nial/Harry split the second verse before all members execute a second iteration of the chorus. Overall, “Change My Mind” is one of the albums weaker cuts and probably could’ve been omitted. It’s solid, but doesn’t possess the spark of the best cuts. 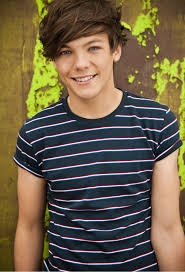 “I Would” is a much better cut, characterized by its slick, funky guitar work.  Liam and Harry split the first verse while Zayn handles the very first iteration of the chorus.  After Zayn’s iteration, all members sing on the catchy chorus: “Would he say that he’s in L-O-V-E? Well if it was me, I would (I would)/would he hold you when you’re feeling low? Baby you should know that I would (I would)…” Niall and Louis split the second verse, a pairing that is prevalent throughout the effort. All said and done, “I Would ” proves to be one of the effort’s most satisfactory cuts.

“Over Again” finds Ed Sheeran co-writing, explaining the ultra rhythmic nature of the lyrics. Overall, it is a solid showing, if eclipsed by better cuts, arguably including the earlier Sheeran-penned “Little Things.” 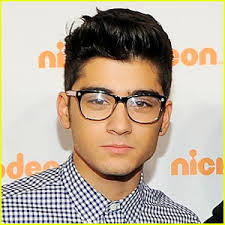 “They Don’t Know About Us” is one of few urban-pop concessions. It is a nice change of pace after such adrenaline rush tracks with more guitar-driven approaches.  Producers did a fine job of making sure this cut was closer to the end and that it provided the desired contrast from others. It’s not the best of the album, but it is by no means mere filler. 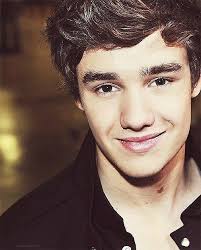 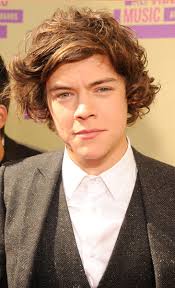 Hector, Lindy Robbins and Steven Robson). The strumming guitars return after a hiatus on “They Don’t Know About Us.” Niall Horan receives arguably his largest role, handling the chorus its first iteration (“cause you were mine for the summer/now we know it’s nearly over/feels like snow in September…”).  He receives vocals harmonized in the background to strengthen the sound of the record.  Overall, it closes the album solidly.  A highlight? The harmonic progression on the chorus is well conceived.

As much as I hate to say this, One Direction deliver ‘the goods’ for their sophomore album. It is the right album given their fan base and there are enough distinct songs to please.  It is not without flaws, but from their debut to their sophmore album, there is noticeable improvement vocally from all members. The biggest quibble is that the group needs to infuse more personality into their music.  There is more here than last album, but that may partially be by virtue I have followed the band analytically.  They/producers need to continue to strive to make sure they are more than just a generic boy band.  Take Me Home is a step in the right ‘direction.’